Adding a USB tuner to your Vu+ receiver

One of the great things about the Enigma2 based receivers is that your able to add USB Tuners to the existing tuners supported in your receiver. Especially the BlackHole Team Images for Vu+ offer great support for many different USB tuner models.

Using an USB tuner you can add an additional tuner and it does not have to be the same type as those inside your Vu+ receiver. Say you have a Vu+ Solo2 you have the built in twin DVB-S2 but you want to receive terrestrial or cable television also on it you are able to add this via an USB Tuner.

Here is what it looks like after adding a Terratec HTC USB Tuner Stick to a Vu+ Solo2. 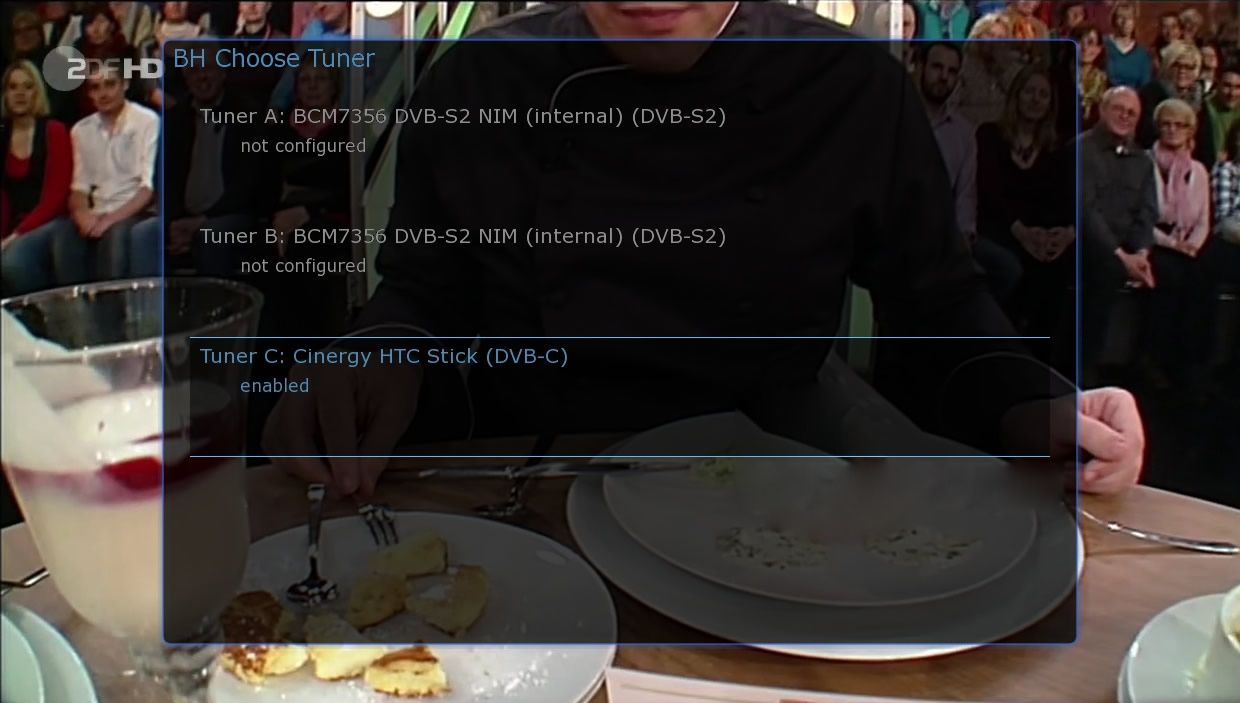 As you can see we now have a third tuner in our tuner settings. We not have to install any drivers or anything. It just works and we had no trouble scanning and viewing DVB-C channels using this USB Tuner.

Depending on the connection layout on the rear of the receiver, and the size of your USB tuner Stick, you may need to use a small USB extension cable but keep it as short as possible as longer cables can cause issues.

Using my specific USB tuner stick was not possible on a Vu+ Solo2 without an extension cable or I could not fit the Ethernet or HDMI cable.

Which USB tuner that are supported depends on the Image you use. The Blackhole Images are widely accepted as being the leader in this area.

We will only recommend the USB Tuner for Free to Air channels. As far as we know using USB tuners for encrypted pay-tv channels are usually problematic. Also note that channel zapping takes a little longer using an USB tuner.

Sundtek if you want to be safe

Sundtek USB tuners seems to be supported by most Image Teams. I did try the same setup using the Terratec USB tuner on the latest ViX Team Image where it was not detected.